Foreign Policy: the rag that won’t let you forget how much it sucks 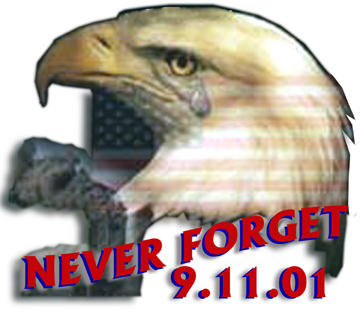 Or, for that matter, what douchebags run the thing, or what enema-nozzles write for it. And look what they’re exploiting now to prove the point…

Dates are important to Chávez. If he can locate the end of the coup as the beginning of the revolution, then events that came before what’s known in Venezuela as “11-A” — for example, his own failed attempt to topple a democratic government in 1992 — are buried. More importantly, though, this trick gives Chávez a chance to portray the seven years since 11-A as a Manichaean struggle between the forces of democracy (Chávez himself) and would-be despots (anyone who did, does, or might oppose him). As the Venezuelan strongman moves closer to a complete consolidation of power, this national narrative has become increasingly necessary — and increasingly strained, too.

In the past 60 days, Chávez has, more than ever, used the imagined threat of overthrow and sedition to justify wide seizures of power. Since the February referendum victory that did away with presidential term limits, and perhaps with an eye to next year’s legislative elections, Chávez seems to be looking for excuses to wipe out the opposition — or, possibly, to bait it until the imagined threat becomes an actual threat, giving further justification to his despotism.

Wow. Spin much there, Mr. Foreign Policy Dreckwriter?Love the language, too: “imagined threat of overthrow and sedition to justify wide seizures of power”. WHAT seizures of power? There haven’t been any. He is as limited by the constitution as ever. He won a perfectly legal referendum fair and square, and all it means is that he gets to stand for election more than twice. This is a “wide seizure of power”? But wait, there’s more…

At least that is one theory to explain the severity of the recent crackdowns. In addition to arrest warrants for several top opposition leaders including Manuel Rosales, the jailing of the former general turned critic Raúl Baduel, numerous takeovers of food producers, banks, and ports, as well as the creation of an appointed “mayor of mayors” to eliminate powers of locally elected officials, the state also decided to convict an important group of political prisoners.

Click Here!In early April, choosing a date conveniently close to the anniversary of the 2002 coup, a political court sentenced police commissioners Lázaro Forero, Henry Vivas, Ivan Simonovis, and several others to 30 years in prison on trumped-up charges that they committed crimes against the state on 11-A (Chávez himself only served two years in prison for his own coup). In his televised address April 13, Chávez said it is an act of “subversion” to criticize the sentence given to the police officers, encouraging his supporters to “do what they have to do” to any journalists who question the verdict

“At least that is one theory”–yeah. A kooky, nutty, conspiracy theory with no foundation in fact. It’s typical of the Foreign Policy know-nothings to reach for the convenient “OMG he’s a communist persecuting his opponents” stupid-stick instead of actually looking at the facts. Those who’ve actually been paying attention will recall that Manuel Rosales and Raúl Baduel are both being prosecuted (not persecuted) for massive theft from the public coffers, not political subversion. In fact, Baduel didn’t become a “dissident” until it became evident that his stealing was about to get him busted. He robbed the army to pay for his ranch. Manuel Rosales robbed the citizens of Zulia while he was governor to buy no fewer than 11 large properties. This has earned him the nickname of “Robales” (the Spanish verb robar means exactly what it looks like in English, kiddies.)As for the three police commissioners, the timing of their sentencing may have been a fortuitous coincidence. What’s not in doubt is that they are guilty as charged. In fact, Lázaro Forero is known to have been in contact with the US ambassador in Caracas at the time, Charles Shapiro–talking on the phone with him in the midst of the worst gunfight on the afternoon of April 11, when the police under his command, and that of Vivas and Simonovis, opened fire on a large concentration of Bolivarians on Llaguno Bridge. Those police weren’t just acting off their own bat; someone was giving them the orders to shoot innocent, unarmed people in the head, neck, chest, abdomen–in other words, shoot to kill.All of this is good to remember. Especially when you read a Foreign Policy hit-piece telling you how a certain legitimately elected, ratified and highly popular someone is using the memory of it for his own benefit. Are the people of Venezuela supposed to forget who trampled their democracy, or how, or why? Or the fact that a lot of the perpetrators have yet to face justice?Of course, there are those who keep using the events of 9-11 (note the coded use of dates, surprisingly similar to that obnoxious “11-A” that gets the writer’s boxers in a bunch) to further their cause against others, too. One of those others, in fact, happens to be the legitimately elected president of Venezuela, who has often been accused, by Foreign Policy among others, of being a terrorist, or of aiding, abetting, harboring and supporting them. As well as, of course, being a dictator–which he also is not.And that, kiddies, is how and why Foreign Policy sucks. Never forget.

This entry was posted in Crapagandarati, Do As I Say..., Huguito Chavecito. Bookmark the permalink.

4 Responses to Foreign Policy: the rag that won’t let you forget how much it sucks