Another nail for the imperial coffin

Or should that be a screw? You know, the kind they put to people when torturing them? 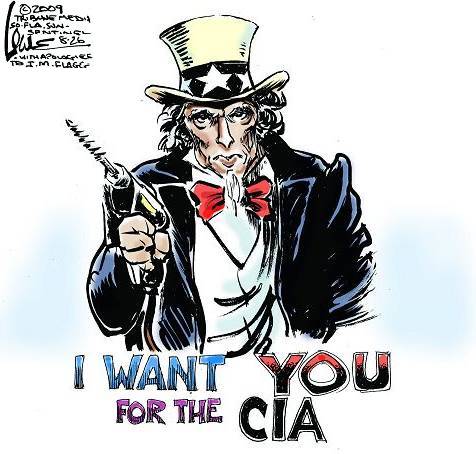 Moral high ground: guess who no haz it.

According to the report, written by the CIA’s former inspector general, John Helgerson, one CIA interrogator told Khalid Sheikh Mohammed, the self-proclaimed mastermind of the 9/11 attacks that “We’re going to kill your children” if there was another terror strike on US soil. Another interrogator allegedly tried to convince Abd al-Nashiri, who allegedly devised the attack on the USS Cole in Yemen in 2000, that his mother would be sexually assaulted in front of him, a claim that the operative has denied.

[…]US laws on torture forbid threatening a detainee with death. The report said that at least Mr al-Nashiri was hooded, handcuffed and threatened with a gun and a power drill. Another detainee was forced to listen to a gunshot in a nearby room, with the aim of making him think that a fellow detainee had just been executed.

Emphasis added. The nice part is, this is all happening because citizens who believe in human rights for everyone did a little screw-putting of their own:

Mr Holder’s decision was bolstered by a recommendation from his Justice Department’s ethics office to reopen nearly a dozen alleged abuse cases. “I fully realise my decision … will be controversial,” Mr Holder said last night.

As Mr Holder reopens investigations into the actions of CIA interrogators, human rights groups and many Democrats are urging him also to focus on the Bush-era officials who, they claim, authorised the abusive methods. They are particularly focused on the Bush-era Justice Department lawyers who wrote legal guidelines for the CIA in 2002, redefining torture to allow techniques such as waterboarding, which simulates drowning, and severe physical abuse.“The important thing now is that any action doesn’t focus solely on the people who carried out the torture, but on the people who gave the orders and who wrote the legal memos which facilitated torture,” said Jameel Jaffer, director of the ACLU.

Of course, they did it without torture. There’s a valuable lesson or two in here. Let’s see if those who need it will learn it.

This entry was posted in Angry Pacifist Speaks Her Mind, Isn't That Illegal?, Law-Law Land, Obamarama!, The War on Terra, W is for Weak (and Stupid). Bookmark the permalink.