I’m surprised this took so long 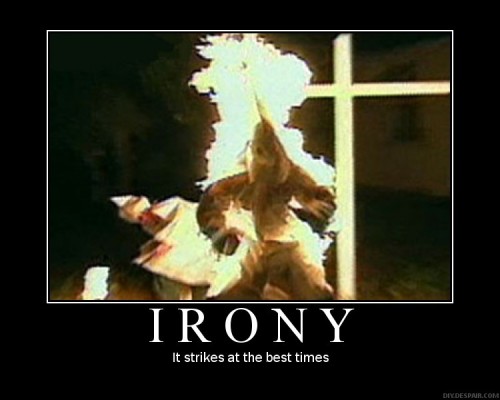 But hey, better late than never…right?

Honduras ambassador Jose Delmer Urbizo was expelled yesterday from the UN Human Rights Council after Latin American countries said he did not represent the government of deposed President Manuel Zelaya.

As security personnel approached Urbizo to escort him out of the room, Urbizo stood up and told the 47-member Council: “I will be back,” before leaving the meeting.The dispute over Urbizo’s credentials held up yesterday’s opening of the 12th session of the Human Rights Council for about five hours.Latin American countries said Jose Delmer Urbizo was a representative of the defacto government after President Manuel Zelaya was deposed, and was therefore not qualified to attend.“My government does not recognise the diplomatic representation of the defacto government,” Dominican Republic ambassador Homero Hernandez told AFP.However, Urbizo insisted that he represented “my country and my people and there’s no reason for me not to participate in the work of the council.”

Nope…no reason at all. None whatsoever. Nada. Nix. Zilch. Zero.

This entry was posted in Fascism Without Swastikas, Not Hiding in Honduras. Bookmark the permalink.