Posted on September 4, 2009 by Sabina Becker 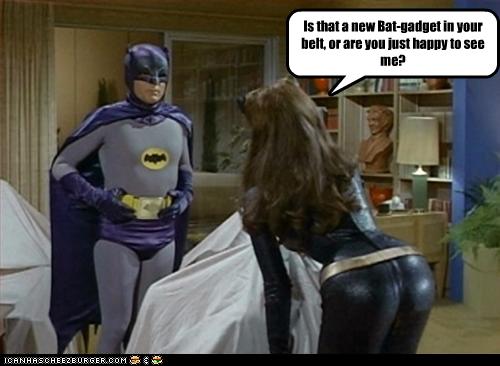 …because if you let the little one take over, you get Teh Stoopid, fellas:

Psychologists at Radboud University in The Netherlands carried out the study after one of them was so struck on impressing an attractive woman he had never met before, that he could not remember his address when she asked him where he lived.

Researchers said it was as if he was so keen to make an impression he ‘temporarily absorbed most of his cognitive resources.’To see if other men were affected in the same way, they recruited 40 male heterosexual students.Each one performed a standard memory test where they had to observe a stream of letters and say, as fast as possible, if each one was the same as the one before last.The volunteers then spent seven minutes chatting to male or female members of the research team before repeating the test.The results showed men were slower and less accurate after trying to impress the women. The more they fancied them, the worse their score.But when the task was repeated with a group of female volunteers, they did not get the same results. Memory scores stayed the same, whether they had chatted to a man or a woman.In a report on their findings the researchers said: ‘We conclude men’s cognitive functioning may temporarily decline after an interaction with an attractive woman.’Psychologist Dr George Fieldman, a member of the British Psychological Society, said the findings reflect the fact that men are programmed to think about ways to pass on their genes.‘When a man meets a pretty woman, he is what we call ‘reproductively focused’.‘But a woman also looks for signs of other attributes, such as wealth, youth and kindness. Just the look of the man would be unlikely to have the same effect.’

Plus, if he’s “reproductively focused”, and we can tell, we tend to think he’s kind of a dork, no matter how cute he is.Meaning, all that “reproductive focus” has gone for naught.

This entry was posted in She Blinded Me With Science, Stupid Sex Tricks. Bookmark the permalink.

4 Responses to Stupid Sex Tricks: Think with the big head…