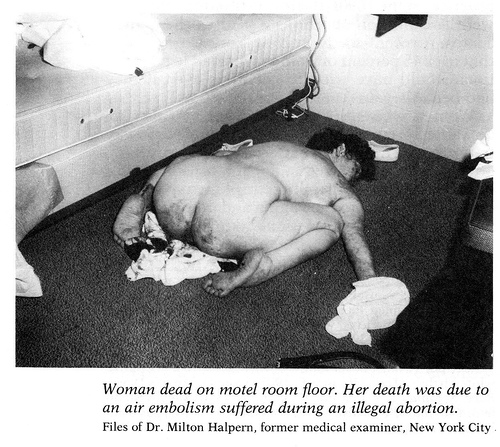 So, today you penned this charming little screed for the National Pest, in which you castigated pro-choicers for being all “hysterical” and demanding that Rona Fucking Ambrose resign from a post for which she is obviously no more fitted than a neo-Nazi would be as minister for the Status of Jews (if such a thing existed in Canada), or a racist would be as head of the Department of Indian Affairs (which does exist in Canada, and under this wonderful government, is indeed the case).

Well, Mr. Kay, aren’t you the brave little man, peeking out from under your mommy’s apron like that? You even referenced her by name, as if she were just any other National Pesterer, and not related to you at all. It’s like no nepotism exists there, and no right-wing hive mind, either.

The reason I’m writing this open letter to you today, Mr. Kay — may I call you Jonathan? — is because you’re trying to frame me and the vast majority of other Canadians as some kind of baby-killing extremists. And all because we don’t want a new law that would bring back all the repression of the old laws we demonstrated against 25 years ago. And then some.

Oh, you think I exaggerate? Exactly what do you think would happen under a law that declares a fetus, embryo or zygote to be a separate person, with all the legal protections any person would have, from the moment a sperm breaches the outer barrier of an egg? Because that is the fetal personhood law that Stephen Fucking Woodworth is trying to push under the aegis of his bogus “debate”, and that is what Rona Fucking Ambrose voted for. It is also, by sheerest malign coincidence, the same fetal personhood a small coterie of right-wing extremists keeps trying to push as a constitutional amendment in one US state after another.

Well, Jonathan — may I call you Jono? — I don’t know what you think would happen if such a “debate” resulted in such a law, but I have a pretty fair idea myself. In fact, I know exactly what would happen even if there were some small exceptions, designed to limit and discourage abortion while still trying to appear “reasonable and humane”, to use your words. And the reason I know is because it happened to one of my own relatives. My mother’s cousin, to be precise.

My aunt — we Germans call our parents’ cousins aunt and uncle, to distinguish them from cousins of our own generation — was the mother of a daughter, born the same year as I. She wanted more children, and she was in her first trimester of her second pregnancy, when disaster struck. She fell ill with rubella.

Now, rubella — which used to be called German measles, although the Germans didn’t invent it and the virus was different from the measles virus — isn’t such a big deal if you get it after you’re born. It causes fever and a rash on the skin, like chickenpox. Most people who get it make a full recovery, unless they are very young, very old, or their immune systems are severely compromised. And if a pregnant woman gets it, she recovers fully, with no permanent ill effects. But her fetus, especially if it is in the critical first trimester of development, never does. Severe deformities and disabilities are inevitable for any first-trimester fetus infected with rubella. (Click here to read about them.)

My aunt was in her first trimester when she contracted rubella. And her fetus was found to be infected, too. Her doctor recommended her for a therapeutic abortion. But here’s where she hit a snag: West German law was designed to protect the fetus, with only half-hearted regard for the health and well-being of the woman. My aunt had to go before a committee of physicians to explain why she needed an abortion.

Eventually, she managed to convince all of them. But by the time she was done jumping through all the medico-legal hoops that German law deemed “reasonable and humane”, she was in her second trimester. That meant a much more difficult, and dangerous, operation to remove the diseased fetus from her womb. She developed complications — infection, scarring — that left her unable to become pregnant again.

Thanks to the lovely “pro-life” laws of 1970s West Germany, my beloved aunt wound up raising an only child, instead of the larger family she had wanted. And had she not been allowed to abort at all, her second child would have been blind, deaf, with heart disease and a host of other incurable conditions, all linked to congenital rubella syndrome. In all likelihood, she would not have had a third; her hands would have been full to overflowing caring for the needs of that severely disabled one. This gets to me every time I think of it, especially considering that my aunt later developed (hereditary) kidney problems requiring dialysis and eventually, a transplant. Imagine her trying to care for her now-adult, still-severely-disabled child under those circumstances. It would have sent her to the grave!

Is this your idea of “reasonable and humane”, Jono? Condemning a child to incurable disease, and a mother to incurable heartache? Because that’s what we’d get if fetal personhood were given even partial consideration under the law.

And if that’s just partial, I don’t want to see what the whole hog looks like. Because then, we’d be right back in the Bad Old Days when all abortion was illegal, and women who couldn’t afford a proper abortion would head to shady back-alley operations. There would be entire maternity wards full of not joyful new mothers, but young women near death from infection and hemorrhage. And there would be more pictures like the one above (the lady’s name is Gerri Santoro, in case you wonder), in which we see to just what lengths desperation from an unwanted pregnancy will drive a woman. We’ll be hearing more cases like that of Becky Bell, who died of a botched illegal abortion because a “humane and reasonable” law demanded that she either notify her parents, or go before a judge, before getting a legal abortion. We’ll also be hearing more stories like this one, in which a 14-year-old girl killed her newborn rather than face her mother’s disappointment in her for having sex in middle school. We will hear so many awful stories that someone will have to build a vast library just to house them all.

So yeah, Jono, tell me all about how “hysterical” I am, and how “humane and reasonable” you are by comparison. I can’t wait to hear your exact definition of those lovely words. But you’ll have to excuse me if I get a sudden urge to plug my ears and go la-la-la-la-la. I’ve already seen what happens when ignorant conservative men define “humane and reasonable”, and I think it’s a vast crock of shit.

This entry was posted in Canadian Counterpunch, Confessions of a Bad German, Fascism Without Swastikas, Fetus Fetishists, Law-Law Land, Men Who Just Don't Get It, Not So Compassionate Conservatism, She Blinded Me With Science, The United States of Amnesia, Uppity Wimmin. Bookmark the permalink.