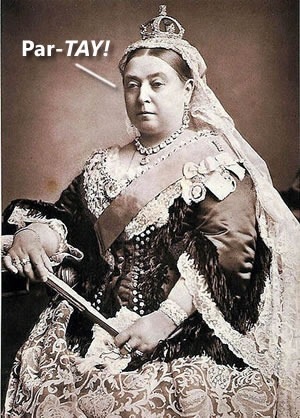 Crappy weekend, everyone! And a very crappy premature May 2-4 weekend to all my fellow Canucks up here. Honestly, it’s too cold to go nuts in the garden yet, although I’ve been doing just that, digging and cursing and more digging and lots more cursing. I’m hoping it will stunt the weeds so I don’t have to work as hard at controlling them later on. And on that principle, here’s who gets the weed-whacker treatment this week, in no particular order:

1. Bill Fucking Maher. If you’re going to criticize a religion, you might at least TRY to get it right, and not just spout right-wing talking points as a convenient fallback. You’re not just “Politically Incorrect”, Bill…you’ve lost the plot altogether.

2. Dan Fucking Bilzerian. First he throws a naked woman off his roof and she misses the swimming pool she was supposed to land in, breaking her foot. Now he’s ordered his lawyer to issue the shittiest statement ever. If I were that shyster, I’d fire the client…but then again, a certain old joke about sharks and professional courtesy no doubt applies here.

3. Amy Fucking Kushnir. Pro tip: If you MUST be a homophobe, try not to make an ass of yourself about it on camera. Because, really…if you didn’t want to see Michael Sam mash a piece of cake into his boyfriend’s face before kissing him (BTW, congrats to the worthy draftee!), all you had to do was avert your fucking eyes and keep your big mouth shut. And please don’t fucking talk about how “deeply loving” you are. If this is your idea of “love”, I don’t want to see what you call hate.

4. Pat Fucking Robertson. Speaking of bizarre ideas of “love”, how about Patwa? I suggest we all love on him by not tuning in for his show, and tuning out every idiotic thing he says.

5. Vinod Fucking Khosla. Gee, for someone who set up two whole fucking companies for the express purpose of buying a public beach and then (illegally) closing it off to the public, you sure do have a strangely selective case of amnesia. Perhaps a sharp smack upside your smirky head will help jog your memory.

6. Glenn Fucking Beck. Everybody duck and cover! Biff’s got a case of megalomania so bad, I fully expect him to splatter the ceiling…and anyone else in the vicinity!

7. Ken Fucking Ham. Speaking of splatters and ceilings, he’s challenged Patwa to a debate on Young Earth Creationism. Put on your goggles and pull up some lawn chairs…dis gon be gud.

8. Arthur Fucking Sulzberger, Jr. Since when is “pushiness” a failing in journalism? Oh yeah…since it began pertaining to women who dare to demand equal pay for work of equal value. How silly of me! Must be my lady-hormones acting up again.

10. Karl Fucking Rove. Gone, but not forgotten, Dubya’s dirty-tricks dude is still at it. Someone please get him a greasy chicken sammitch too, STAT.

12. Charlie Fucking Zelenoff. All Internet trolls should get what this one got in real life: KO’d by a heavyweight boxing champ. That’ll teach you to trash-talk…

13. Donald Fucking Sterling. No greasy chicken sammitches for him. Just stuff a whole laundry hamper full of dirty socks in his big dumb racist yap, and call it a day, eh?

16. Tyler Fucking Shields. Bra-fucking-vo, you just turned an alligator into a cannibal. And in the name of “art”, too. Just where DO you get the money to buy those hideously expensive boring-ass Birkin bags, anyway?

17. Gordon Fucking Klingenschmitt. Oh look, John Jacob Jingleheimer is picking on schoolkids. Where does this cowardly bully get off telling a trans girl to “man up”, anyway? And what does that say about what he’s packing inside his own pants?

18. Alan Fucking Keyes. Gay marriage leads to Nazism? Better not tell that to anyone who knew the REAL Nazis, because they purged the gays from their own party, and the face of Germany too. And if anyone thinks the Allies had any better attitude, maybe you should read some history on who got liberated from the concentration camps, and who was just left in there to rot.

19. Vitalii Fucking Sediuk. Sticking your head under a stranger’s skirt and grabbing her foot isn’t okay on the subway, and it’s not any more okay if you do it on the red carpet at Cannes. Either way, you’re a fucking pervert, and you need to be hustled out in handcuffs.

20. Rush Fucking Limbaugh. Bad enough that the Pigman wrote a completely bass-ackwardly batshit book for kids; now he’s hired fake kids to vote for it to win a prize? Sorry, Rusty, but all that stretching isn’t going to convince anyone that you’re six feet four and all muscle.

21. Jay Fucking Leno. Yeah, I’m sure John Kerry is crying tears of blood over not being “welcome” at your unfunny awards-show hosting gig in Israel. Do you even fucking remember that he backtracked disgracefully on his rather timid moment of truth over Israel’s apartheid state? No, I guess not. And that’s why your ratings are falling, and Jon Stewart is eating your lunch.

22. Gabriel Fucking Diaz. Wow, I knew that New York cabbies had a reputation for being rude. But NAZIS? Wow. Just fucking WOW.

23. Paul Fucking Ray. Kinder, gentler firing squad executions? Um, how about NO executions? That would also spare the state a lengthy and costly appeals process.

24. The Fucking NRA. Whether Ernest Hemingway was actually the world’s most interesting man is up for debate. But what’s not up for debate is that their pro-gun hero killed himself with a shotgun blast to the head. Hardly a hero’s death, in other words.

25. Cliven Fucking Bundy. Oh for fuck’s sake, get your cattle the hell off the government’s land. And get the fuck over your decrepit self, already. (And that goes double for your inbred fan club.)

And finally, to the sad bunch of schmucks who tried to turn the White House white again on Friday. No word on their numbers; probably because they are depressingly low. Depressingly, that is, only for the sad schmucks. It’s downright amusing to everybody else. Funny, too, how they all seem to be made of sugar, and the wee bit of rain in DC deterred them. Nothing of the sort ever stopped the tens and hundreds of thousands of Occupy protesters in various other cities. To which I can only say: Ha, ha!