Wankers of the Week: Robbo’s Rehab 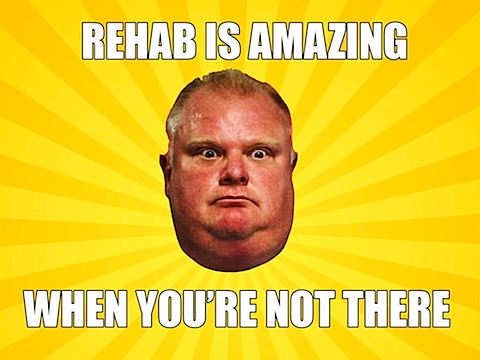 Crappy weekend, everyone! Well, look like Robbo’s off to rehab (maybe), and a shaky start to it, too. He was finally — FINALLY! — turned away by US border agents en route to Chicago. Looks like he’s gonna have to do his stint closer to home, since the US finally twigged to the fact that he’s a dangerous drug offender (trafficker, as well as user), not just fodder for late-night TV comedians. So, since we won’t have him to kick around this week (unless he sets his rehab facility on fire, say), let’s turn our attention to the following, who are also fodder for comedy…or something:

1. Robert Fucking Reilly. Gays are worse than murderers? Um, HOW? By not recognizing that there’s something wrong with being gay? But, of course, there is nothing wrong with being gay. I know lots of gay guys, none of whom have so much as a jaywalking ticket. Dude, you better pray that your closet door never suddenly bursts open, exposing a whole row of pink-tutu-clad skeletons doing the can-can.

2. Chris Fucking Sevier. No, you can’t marry your computer, even if it is filled with shit that you whack off to every day (ewwww). For one thing, a computer is not a person. Therefore, it cannot give consent. You can certainly program it to say “I do”, but that doesn’t mean a goddamn thing. And whacking off is not consummation. So lay off same-sex marriage; it is NOT the same thing. PS: Ha, ha. Denied!

3. Mauricio Fucking Macri. No, all women do NOT like to be catcalled…or, as you call it, “complimented” by random strangers on the street. And it doesn’t matter what you believe; what matters is that you don’t do it if there is a chance that someone else will be offended. And if the idea of exercising some restraint offends your delicate caveman sensibilities, TOO FUCKING BAD. PS: It’s especially funny that one of the women upbraiding this wanker for that…is his own daughter. Ha, ha! 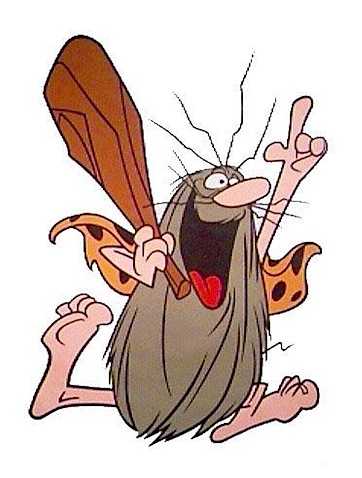 4. Tucker Fucking Carlson. Speaking of cavemen and their delicate sensibilities, what is up with Fucker and his fellow FUX Snooze Cro-Mags? Look, you guys, if you want to go spear-chucking on the weekends, nobody’s stopping you. And if you just want to grunt around the man-cave in leopard-print loincloths, ain’t none of my business, as long as you do it behind closed doors and don’t frighten the horses. And if you’re worried that a woman buying you dinner will demand sex of you, relax…nobody wants to dine OR sleep with any of you superannuated fratboys anyway. Equality is not a case of “gone too far” in this world, for the simple reason that it hasn’t gone far enough. And if that’s too far for you…again, TOO FUCKING BAD!

5. Steve Fucking Wiles. Know how I keep saying that all homophobes have pink-tutu-clad skeletons dancing in their closets? Well, here’s a literal case of that very thing happening. He used to perform a drag-queen act, and now he’s campaigning for office on a platform against same-sex marriage. What turned his head? Oh, probably all that money…and all the booze, coke, and other trappings of right-wing hypocrisy it can buy. Not surprisingly, he switched his party affiliation along with his performing wardrobe, too.

6. Tal Fucking Fortgang. Dude, if you seriously think you have no privilege just because your family lived through the Holocaust, perhaps you should stop fronting for right-wing moneybaggers. Or are you sucking up, perhaps, in the hope of scoring a permanent pipeline to privilege? Careful, because those same moneyed interests who are loving all over you right how won’t hesitate to throw you under the swastika-covered bus when it comes down to the crunch. PS: Here ya go, Tally…your privilege just got checked for you. You’re welcome! 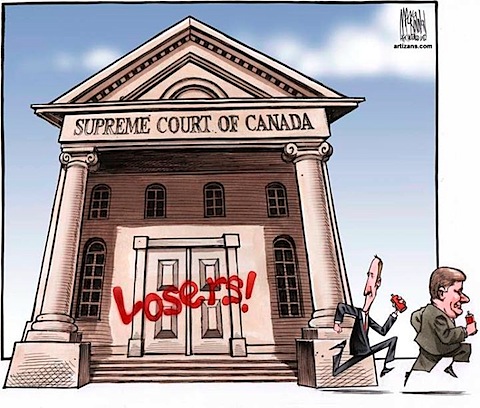 7. Peter Fucking MacKay. Oh looky. Widdle Petey has decided to start a food fight with the Supreme Court, on behalf of Stevie Peevie, his boss. Jesus H. Christ, what is this, high school? Because it seems that our so-called government has devolved to the level of a bunch of spiteful jocks trying to give atomic wedgies to all the brainy kids in the cafeteria, or something like that. Put away the peashooter, Petey. And take off that silly beanie. And sit the hell down and shut the fuck up. And when you’re in a hole, STOP FUCKING DIGGING.

8. Stephen Fucking Harper. And speaking of Stevie Peevie, you know you’re a shitty prime minister when no fewer than six former heads of the Canadian Bar Association have to upbraid you on your judge-picking…and your picking on the Supreme Court. Yeah, that’s right, Stevie…the lawyers of Canada don’t like to see you pissing on the rules of the judiciary. Or the legal process. How afuckingbout that!

9. Steve Fucking Hickey. Dude. Please. DON’T talk about your scat fetish in front of other people. They might get grossed out. And they might also laugh and point and say that you’re another of those dudes with the flamboyant skeleton doing the Watusi in his closet.

10. James Fucking Weldon Fucking Alton. Why the double Fucking? Because that’s how tacky, gross and sleazy he is for dressing up as Captain America…and then sending dick pics to an under-age girl. Oh yeah, and he’s a Florida Man, too. That’s gotta be good for at least another Fucking right there, right? 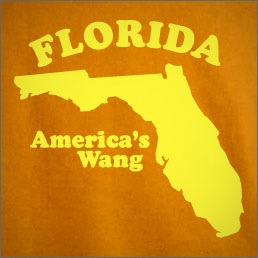 12. Robert Fucking Kelley. Pro tip: If you upload a video titled “Me Driving Like an Idiot”, of course the cops are going to take an interest. AND charge you with…wait for it…DRIVING LIKE A FUCKING IDIOT, duh.

13. Don Fucking Meredith. Not only is he not a real doctor, he’s not even a real doctor honoris causa. The organization that awarded him the (fake) honor is not accredited, nor authorized to do any such thing. And what the hell is a “Christian clinical counsellor”, anyway? Is there any depth of fraud to which SupposiTories will NOT stoop? If there is, I have yet to see it.

14. David Fucking Barton. He wants to ban women from voting? I have a better idea: Let’s all ban religious fanatics from voting, and unplug their microphones everytime they try to say something stupid in public. Because these asshats are all out of good ideas anyway, and letting them run their mouths only encourages them.

15. Kim Fucking Kardashian. Y’know, most people realize that racism (a) exists and (b) sucks, WITHOUT having had a kid first. But then again, most people aren’t privileged twits who are famous for nothing, either.

16. Toshihiko Fucking Nishi. Oh lord, where to start with THIS hot steaming pee-scented mess? Ladies, if a cabbie offers you food on a long taxi ride, DON’T TOUCH A BITE. That is all.

17. Doug Fucking Ford. While Robbo is out there in some undisclosed location, lying about how “great” rehab is (a sure sign that he’s NOT actually in rehab, as anyone who’s actually been could tell you), Dougie’s lying for him…as usual. It’s truly touching how Tweedledum and Tweedledee stick together, at least until you remember that omertà is a real thing.

18. Pamela Fucking Geller. So, she’s got her overpriced panties in a bunch because Subway has some stores serving halal meat? Well, isn’t that awfully kosher of her. Pammy, put a sammitch in it. And sit the fuck down. 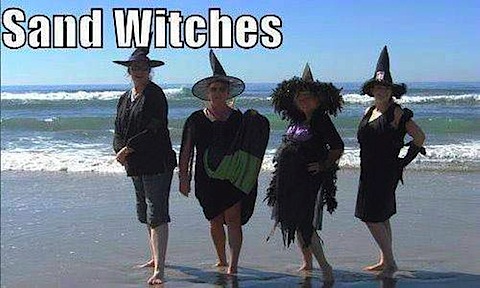 19. Donald Fucking Sterling. It takes a special kind of dick to be a racist AND sleep with a black Mexican woman, but to blame your racism against blacks and Mexicans on your dick? Um, yeah. That’s a wank.

20. Angel Fucking Nuñez. The US is full of witchcraft? Dude, you say that like it’s a bad thing! Take it from me; I’m a Witch, and I think it’s fucking awesome. So nyaaah.

22 and 23. The Fucking Benham Twins. Whose glorious idea was it to give these professional bigots a show on HGTV…a channel watched very heavily by gays, women and other people whose “agenda” they hate? Well, whosever idea it was, it didn’t last long. The show is already cancelled. Ha, ha. 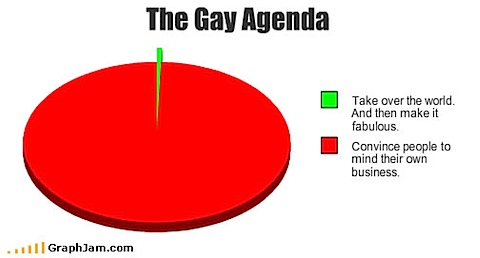 24. Steve Fucking Beshear. Newsflash, Gubnor: Not all straight couples can reproduce, and not all who can, even want to. And then there are all those people reproducing outside of marriage. You’re gonna have to find a better reason to ban same-sex marriage. Oops! There isn’t one. And no, the economy won’t do it either; same-sex marriages actually give economies a boost. Also, gay couples do reproduce, too…when they’re not too busy adopting the foster kids all those oh-so-Christian straight couples don’t want because they’re not perfect newborn white babies.

25. Steve Fucking Green. Oh look, he’s out there trying to get PUBLIC schools to put religion on the curriculum. Dude, get a fucking hobby and quit yer fucking lobbying already!

26. Ted Fucking Cruz. Gay people shouldn’t be required to do business with hypocritical homophobic “Christians”. Fixed it for ya!

27. Eric Fucking Schmidt. If you don’t want to be called on your hypocrisies, then the thing to do is STOP BEING SUCH A GODDAMN FUCKING HYPOCRITE. See how that works?

29. William Fucking Price. Pro tip: Never babble bullshit about the “divorce-industrial complex” when you are, in fact, on your third marriage yourself…and you are NOT a two-time widower. Also, shut the fuck up about “fathers’ rights” when it’s Mothers’ Day. If you don’t want women hating your fucking guts, try not being so goddamn detestable toward them. See how simple that is?

30. Cam Fucking Edwards. Using the abduction of the Nigerian girls from Chibok has got to be the most cynical piece of NRA bullshit to date. Newsflash: Nigerians neither want nor need US interference in the region. Especially not with all that oil in the Niger Delta. Oops! Did I let a secret slip there?

And finally, to the fucking Koch Bros. When even Kansas Repugs are pissed off at you, it’s time to pack in your Randroid self-pity party, stop trying to buy the politicians, and fuck the hell off, already.

1 Response to Wankers of the Week: Robbo’s Rehab