Wankers of the Week: The Fappening ain’t happening

Posted on September 6, 2014 by Sabina Becker

Crappy weekend, everyone! So, I guess you all heard about The Fappening, where all the wankers of Reddit gathered for a circle-jerk over the stolen photos (and the violated privacy) of a number of famous young women. Sadly for those wankers, charities are refusing to act as an instant purge for their slimy consciences, or profit off the misfortune of a group of high-profile hacking victims. And now they’ve been banned from Reddit, too! Awww, too bad! Guess throwing money at good causes doesn’t make everything all right, after all. And here are some other wankers who also couldn’t buy their way out of a wet paper bag:

1. Cee Lo Fucking Green. Yeah, that’s right, Mr. Fuck You — it is SO rape, even if she can’t remember a bit of it. Because if you drugged her to make it so, and she woke up not knowing how she got naked and landed up in your bed, yup, that’s rape too. And no, not all real victims remember. Who the hell do you think you are to try to define rape, anyway — Todd Fucking Akin?

2. Stephen Fucking Harper. If you’re going to build stupid-ass monuments to the “victims of communism”, there are two other things you should also do: (a) NOT steal land that was designated toward a judicial building named for Pierre Trudeau, who understood human rights far better than you ever will, and (b) don’t forget the victims of capitalism (and its handmaiden, fascism) — they are FAR more numerous than those of communism.

3. Vincent Fucking Rue. No, hating abortion does not mean you love life. And hating it with a passion doesn’t make you an expert in it, either. Much less one to be consulted regarding abortion law, in which you are not an expert either.

4. John Fucking Rees. Freedom: clearly, a simple word. And a simple concept. And Florida Man — or in this case, Florida MAYOR — still doesn’t get it.

5. Rick Fucking Perry. Meanwhile, in Texas, Guvnor Crotch Goodhair has some ‘splainin’ to do. Don’t anyone hold your breath, though…he seems to prefer just sweeping the offending tweet under the rug.

6. John Fucking Lind. And because it wouldn’t be a wankapedia without at least one actual named and shamed bona-fide wanker, here you go. This one did it in the coffee of a coworker he had a crush on, hoping she would notice him. Yup, she did. And unfortunately for him, she noticed him with his hands at his crotch in front of her mug. And unfortunately for her, she also noticed that the coffee tasted…um…OFF.

7. Ricky Fucking Gervais. Proving, once more, that “free speech” is the last refuge of the obnoxious turd — bravo! Next time, instead of telling people to not be so easily offended, how’s about you just NOT GO OUT OF YOUR WAY TO FUCKING OFFEND THEM? It’s hardly difficult to grasp that. Oh yeah, and that “collateral damage” bit? That’s an insult to innocent people killed in war, you jackass.

8. Thomas Fucking Jackson. Surprise! The white police chief of mostly-black Ferguson lied about that surveillance tape. Which only shows Michael Brown buying a box of cigars, not stealing it. Why release it if it doesn’t show a crime in progress? At this point, I’d say the likeliest answer is BLACK GUY SOOOOOO SCARY, BOOGA BOOGA BOOGA!!!

9 and 10. Ron Fucking Paul and Michele Fucking Bachmann. Let’s just kill two birds here and say that these two wingnut darlings are in a guano-load of trouble. Ha, ha.

11. Trevor Fucking Berger. Again with the police chiefs. And this one took time out from his busy schedule to bludgeon and decapitate a little boy’s pet chicken. Who are the thugs, again? 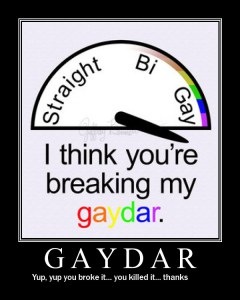 13. Laurie Fucking Higgins. So, kids with gay parents should “take joy” in reading books that paint gay parents in a bad light? Well, by that token, then, I guess the public libraries should also start stocking books by Hitler and the Marquis de Sade. I mean, it’s only fair…right?

14. Anders Fucking Behring Fucking Breivik. And speaking of Hitler, his little Norwegian fan decided to go the “democratic” route and start an antidemocratic political party from his jail cell. And he’s kvetching about “censorship” while forgetting who took it to its logical extreme. O irony…

15. Rob Fucking Ford. No, you will not be mayor of Toronto for 14 more years. With any luck, you won’t even get ONE more. Torontonians, vote with care!

16. Kenneth Eugene Fucking Harden. Um, you ARE aware that slavery is illegal, right? And that even if you manage to get a woman to sign herself over to you, it’s not legally binding because SLAVERY…right? Oops, I guess not. And now you’re behind bars. Hope you enjoy breaking rocks like a good little slave, bub. 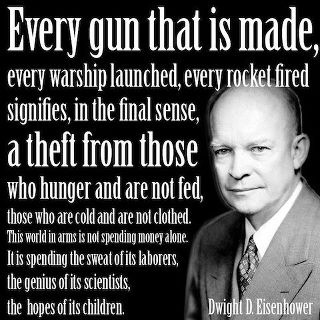 17. Charles Fucking Lane. Oh, look who forgot what Ike Eisenhower (that commie pinko rebel!) said in his farewell address. Guess this guy doesn’t care if those who get sent off to fight “terrorism” have a decent education BEFORE they go…or what happens to them after they come back in something other than a box. And has anyone ever stopped to consider that maybe “they” don’t hate your freedom, but your constant interference in their homes and lives? And that ISIL is, in fact, another fine product of said interference, anyway?

19. Phil Fucking Robertson. Meanwhile, Big Daddy Duck Dynasty is not only looking like one of the Taliban, he’s sounding more and more like one, too. All he needs is a turban, and he’ll be all set. PS: No, Jesus was NOT a homophobe. He said nothing about LGBTs at all.

20. Robert Fucking Flynn. Surprise! That woman you tried to rape is a federal marshal. And I guess getting your balls kicked in by one of those must really hurt. Ha, ha.

21 and 22. Bob and Maureen Fucking McDonnell. How do you like your transvaginal ultrasounds now, you two corruptos? Ha, ha.

23. Charlie Fucking Shrem. Once more, with feeling, kiddies: BITCOIN IS SHITCOIN. And don’t you forget it!

24. Daniel Fucking Holtzclaw, AGAIN. Not only is he a racist rapist, he’s also a racist killer. Gee, don’t all you supporters of this creep feel stupid NOW?

25. Brandon Fucking Amato. Surprise! Snapchat doesn’t let you get away with sexually harassing your under-age students. Especially when they’re inclined to tell on you. Who knew?

26. Gordon Fucking Klingenschmitt. When even the squirrely Colorado Repugs don’t want you, you know you’re politically toast. Sucks to be you, John Jacob Jingleheimer!

27. Michael Fucking Elsbury. Another day in the USA, another racist cop saying something totally shitty. Well, at least this one had the decency to step down on his own, saving the public the time and expense of firing him.

28. Mark Fucking Sanford. You guys! Can you believe that this dude’s ex-wife (whom he left for the Other Woman — in ARGENTINA, no less) STILL refuses to cover his sorry ass with that story about the Appalachian Trail, and live a lie so that he can maybe one day run for president of the US? It’s shocking. Just shocking, I tell ya…oh, who am I kidding. Dude shat his own bed, now he can wallow in it. Bwahahahahasnurk. 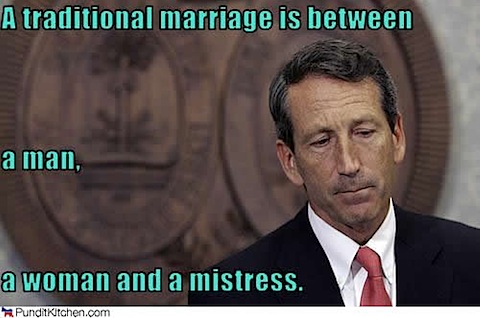 29. Julian Fucking Bharti. I don’t know what’s grosser: paying at an auction just to kiss some washed-up supermodel who’s not even interested in your gropey tongue, or paying eighty-one-thousand fucking dollars for the privilege.

30. Benny Fucking Johnson. Plagiarizing ex-Buzzfeeder falls up…straight into wingnut welfare heaven. And get this: The idiot rag that hired him…is the same he used to crib his crap from. Seems a perfect fit to me!

31. Robert Fucking Monteleone. Thank you, Mr. Personal Responsibility, for that lovely lecture on how women must shoulder the burden of ending rape culture themselves. When the hell are you going to get around to your brothers? What about teh menz, Rob? No, really — WHAT ABOUT TEH MENZ?

32. Jonathan Fucking Koppenhaver. Yeah, right, “not guilty”. I guess Christy Mack just beat and kicked the shit out of herself, didn’t she?

33. Kevin Fucking Sorbo. Hey Kevvy, the Jews just called. Said it wasn’t them who killed Jesus, it was the Romans. Crucifixion is a Roman execution method. Stoning is the biblical method of the Jews. Look it up, you irrelevant imbecile.

34. Gene Fucking Simmons. So, rock is dead? Well, we all know who killed it, and it wasn’t pirates. It was shitty old creeps who hit on every woman they meet at random, advocate suicide and the mass murder of Palestinians from behind a mask of hideous face paint.

35. John Fucking Nolte. Shed a tear, Joan Rivers is dead. Now who will call Michelle Obama something she isn’t? Well, I guess the entire idiotic, unfunny right-wing noise machine will just have to take up that particular bit of slack. And go right on blaming the “liberals” who supposedly run the entertainment industry, in defiance of the indisputable fact that some shit just isn’t funny, and that’s why those “jokes” keep bombing.

And finally, to those whitey-white-whiter-than-white fucking schoolteachers of Staten Island, New York…who saw fit to wear t-shirts supporting their local police right after a rally against police brutality in the death of (black, unarmed) Eric Garner. This against the advice of their board of education, which has rules against things like that. Yeah, yeah, I get it. You’re totally not racist. You just have the world’s most atrocious fucking timing when it comes to rah-rah local cop-shop boosterism. And I’m sure the black kids in your classrooms, and their parents, understand completely.