Wankers of the Week: Burkinis and burks and barf, oh my! 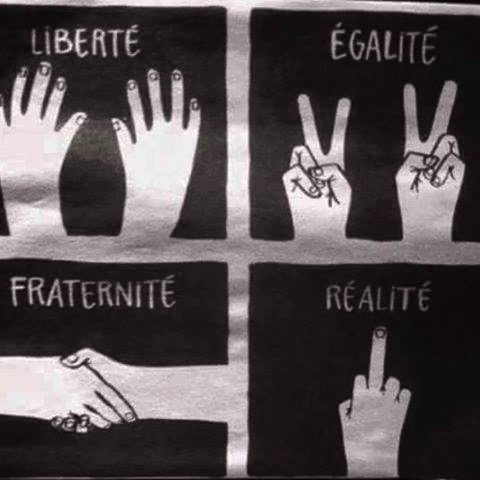 Crappy weekend, everyone! Well, how about that burkini ban. It got a hard beatdown in the French courts today — a moment of sanity, albeit an increasingly rare and tenuous one, given the tone of the times. France is under siege from fascists masquerading as secularists, hélas. And the xenophobia is as visible as heatwaves off the streets. And so is the wankery…which is partout, mes ami(e)s. And this week it’s coming from the following, in no particular order:

1. Thomas Fucking Estes. Hooray! Another rapist gets away with it, thanks to rape culture…and this judge, who thinks it would have spoiled his “college experience” to convict and sentence him as the sex offender he is. And what about the college experience of the rapist’s two victims? Well, that’s different, see, because women and girls are just sluts! And therefore, their college experiences are disposable.

2. Thomas Fucking Rooke. Same shit, ‘nother rape-culture-perpetuating asshole. This one, of course, is the offender’s slimy defence attorney. And no, raping an incapacitated girl is never just “a mistake”. The rapist waited, on purpose, until they passed out before he jumped on them. That tells me that he knew exactly what he was doing, and frankly, SHOULD be deprived of his “college experience”, i.e. his free pass to go right out and do it all over again.

3. Eric Fucking Drumpf. Wow, isn’t it amazing what Syrian refugees can do? They can even travel back four decades in time and cause wages to stagnate! And of course, crapitalism — the real culprit — somehow vanishes whenever one of them is in the building! I tell ya, Syrians are magic, y’all. 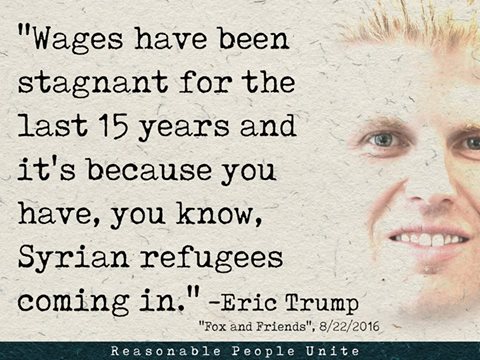 4. Angela Fucking Kaaihue. There’s a word for people like her in Hawaiian, and it’s pupule.

5. Dan Fucking Bongino. Meanwhile, in Florida, the WangState Whackjobbery is still going strong…so strong, in fact, that a whackjob from well out of state wants to run for congresscritter there. And when called on it, he really hits the fan.

6. Ben Fucking Kautz. And north of the 49th Parallel, we also have our share of racist wankers, unfortunately. And they’re trying to blame it on the fact that they’re farmers, and farmers get robbed out west. Oddly enough, though, they never seem to blame white people for it, even though they’re probably well over-represented among actual property thieves. Instead, they’re all too happy to make excuses for a racist murderer who shot an indigenous guy for daring to come to his door to phone for help when his car tire went flat.

7. John Fucking Fisher, Jr. Ever wonder what it takes to be a politically-incorrect, plain-talkin’ teabagger for Jeebus in Alabama? Well, if this guy’s any indication, it sure helps to run your own meth lab.

8. J. Michael Fucking Pearson. And if you ever wondered why I despise Big Pharma and believe that corporate capitalism should be taken out of the drug-manufacturing game, look no further than this guy, who seems to be trying to out-compete PharmaBro Martin Fucking Shkreli for the title of Most Despised Drug Manufacturing CEO.

9. Kathleen Fucking Wynne. Sadly, privatizing Hydro is still a bad idea for Ontario…and offering First Nations a pittance of its profits is doubly insulting. Not to mention that it smacks of vote buying, which is illegal.

10. Tarek Fucking Fatah. Never start a beef with a rapper, ol’ son. Oh wait…too late, you already did, and came out looking worse for it. Ha, ha.

11. Ryan Fucking Lochte. How’s it feel to be kicked out of the pool boys’ club? Or to lose all those endorsements? Or to be — horrors! — SONGIFIED? Gee, wouldn’t it have been easier just to not drink so damn much, or at least to ‘fess up in time? PS: Oh ye Gods, this man is soooooo duuuuuuumb. “Be a man in the morning”? What the fuck does that even MEAN?

12. Donald Fucking Drumpf. Funny how “self-funding” has turned into self-serving and self-dealing. It’s almost like that was the plan all along, eh? Oh, and guess what: Drumpf Tower was built by undocumented aliens! And yes, he picked them out himself…and then stiffed them! Some “Art of the Deal”, eh? 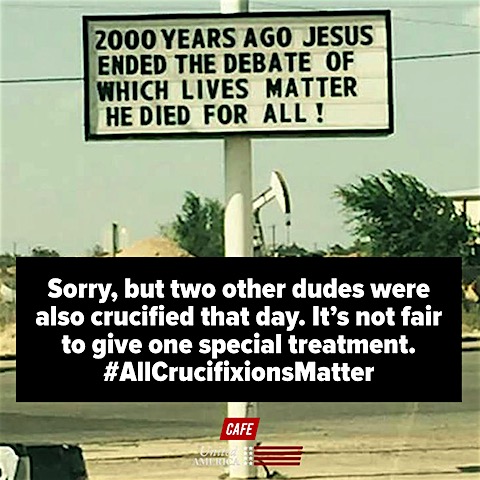 13. Mike Fucking Cernovich. Oh noes, Hillary Clinton wore a wool coat on a cool day down East! And long pants! This must mean she’s hiding something! Or maybe it’s because it was kind of chilly out, and she likes to dress warmly instead of catching pneumonia in the damp cool of the Atlantic shores. And maybe it’s because Juicebro’s brain is liquefied and he’s trying hard to spin it like she’s the sick one.

14. Rush Fucking Limbaugh. And speaking of sick: What is up with the Pigman lately? His obsession with imaginary lesbian farmers is quite unhealthy, don’t you think? Oh, I see…must be because his radio shitshow is continuing to tank! More OxyContin, stat!

15. Heather Fucking Bresch. And sicker yet: The CEO of the company that manufactures the EpiPen has hiked the product’s price by 500% (and put allergy sufferers that much more at risk of death), only to give herself an $18 million raise. Why is this shit not illegal? If anyone dies as a result of this greedhead’s avarice, she should be charged with murder. PS: Oh yeah, and one more thing: The EpiPen was developed with taxpayer money. Isn’t that grounds for government expropriation of the factory, then? If not, it should be! PPS: And BOOM. Ha, ha. And a ha, ha, ha. 16. Tony Fucking Perkins. God flooded your house, Tony…is there something in your closet that we should know about? And no, God’s “love” has nothing to do with it!

17. Nigel Fucking Farage. Back to Britain with you this instant, you fucking numpty-dumpty. And don’t come out of your hole again, EVER.

18. Stevie Fucking Bunn. Oh, Florida Man. It just wouldn’t be a wankapedia without you and your silly shenanigans, would it? No, it would not. Please carry on…although the only thing you’re likely to be tossing in jail is your cookies. 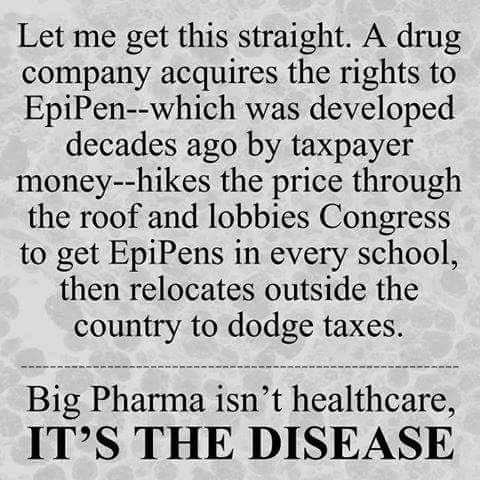 19. Simon Fucking Pelsmakher. In a hot hurry to defend Israel (and the odious Sue-Ann Fucking Levy) against all questioning voices? Don’t trip over your own big feet there, fella. Or stick them in your mouth, as it were. Otherwise, you might have to walk back, and it’s awfully hard to do that with your toes in your gob.

20. Christian Fucking Estrosi. “Just doing their jobs”? Where have I heard that before? Oh yeah…and it didn’t wash in Nürnberg, either. The city of Nice…isn’t nice if you’re a Muslima. And threatening to sue people for exposing police fascism is not exactly a stellar example of liberté, égalité, OR fraternité.

21. Patsy Fucking Capshaw Fucking Skipper. Why the double Fucking? Because that’s how bug-eyed racist she is over a black candidate who beat her fair and square. 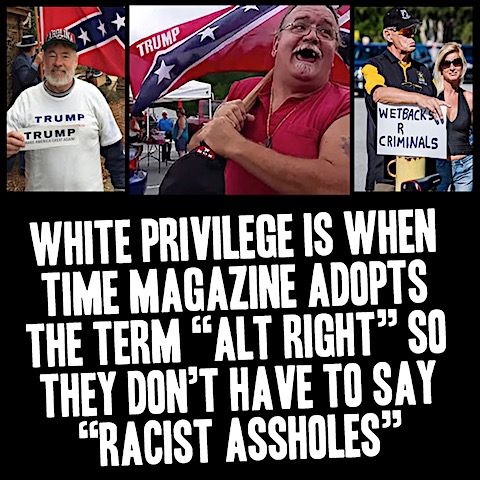 22. Ann Fucking Coulter. Because it’s been a while since I last mentioned the ever-more-irrelevant Coultergeist. And because she’s reaching for relevancy by getting ever more offensive, in this case toward disabled people. Fuck you, Ann.

23. Katrina Fucking Pierson. So let’s see if I got this twisty thing straight: Der Drumpf has changed his song on immigration…but not his dance? Is that how this saying-one-thing-but-meaning-something-else thing works?

That’s why. Controlling ‘winger men are liable to find ANYTHING provocative…even modest swimsuits! And, in case you forgot, this one married a supermodel, so he likes ‘em hot and nekkid, and he’s willing to back any law that forces women to be just that.

25. Julia Fucking Stakhiva. Oh, I’m sorry — WHO? No, seriously — WHO??? She is neither rich nor beautiful. She’s a bore and a con, a flimsy Instagram poser who somehow got her worthless butt on a worthless TV show. And now, you know who.

26 and 27. ACM Fucking Neto and Alice Fucking Portugal. No, you’re not brown, neither of you. You are white, white, whitey-white WHITE. Affirmative action doesn’t apply to you. Ruling-class colorism and cynicism, however, are another story. 28. Aryn Fucking Coyle. No, your darling daughter will NOT flunk out just because a trans girl who isn’t even in her class might get treated with a little equality. So stop using her to push discrimination. That’s as dumb and specious a Religious Reich argument as the idea that marriage will die just because gay people finally get to marry someone of the same sex and be treated with equality before law.

29. Andrea Fucking Hardie. Good lord, where to start with this fucking idiotess? Well, at least she dropped the braids, that’s a good start. But unfortunately, she’s still as much an asshole as ever, no matter her hairdo. And she can’t tell gay from straight, either. Wouldn’t it be a pip if her husband divorced her on the grounds that she’s a national embarrassment?

30. Ken Fucking Adkins. Well, well. What have we here? Another anti-gay pastor, outed as a child molester? Golly, who knew?

And finally, to Stephen Fucking Harper. Yes, he finally stepped down and retired today. I’d be happier, honestly, if he hadn’t done it after the danger of being called to testify in the Puffy Duffy trial had passed first. In fact, given his god-awful control-freakish (dare I say fascist? Yes, I do) tendencies, I’d have been happier if he’d done it ten years ago, minimum. But since he and Puffy got off scot-free, and Harpo is still drawing his “gold-plated” parliamentary pension (the same he criticized when he was just some lowly assclown in a Con-affiliated stink tank) as he sets up a “consulting” business (for whom, I wonder?), well…let’s just say he’s STILL wearing out his welcome, and might as well still be sitting in the PMO, for all the disgust he continues to inspire in me and other fucked-over Canadians who don’t enjoy the turn our country has taken since he began squatting on Parliament Hill. But hey…“so long”, Harpo, and DO let the door hit your ass on the way out. Please.