Rade Končar, antifascist hero of Croatia. Not shown: the Nazi he punched 76 years after they executed him.

Oh my. The Schadenfreude is delicious when dissolved in a cup of instant karma, no?

A 65-year-old man who repeatedly shoved a Croatian anti-fascist monument in an effort to topple it paid an immediate penalty for his act of vandalism when the statue fell on his leg and broke it, according to police and local media.

In an incident condemned by authorities in the coastal town of Split as “savage vandalism”, police said the man dislodged a bust of Rade Končar, a celebrated leader of the resistance to Croatia’s pro-Nazi Ustasha regime during the second world war.

But the statue toppled and broke his leg, according to the regional paper Slobodna Dalmacija, in what some Croatian Twitter users said was the statue’s revenge.

“Rade Končar breaks the legs of fascists 76 years after they shot him,” centrist politician Krešo Beljak wrote on Twitter.

Končar was celebrated as a Yugoslav hero for his fight against Croatia’s fascist government. In 1942 he was captured by Italian forces and executed at the age of 31 with several of his communist comrades.

When asked by a judge if he would seek clemency, he allegedly replied: “I will not ask for mercy nor would I have it for you!” 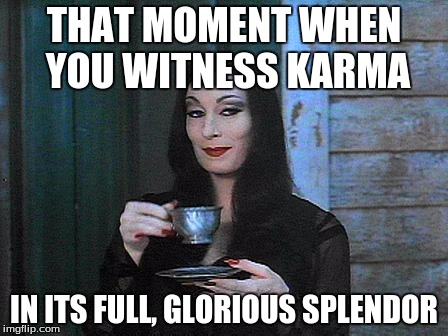 This entry was posted in Balkan Yogurt, Confessions of a Bad German, Fascism WITH Swastikas, Fascism Without Swastikas, Isn't It Ironic?, Karma 1, Dogma 0, Morticia! You Spoke French!, Schadenfreude. Bookmark the permalink.