Wankers of the Week: Year-End Yahoos of 2018 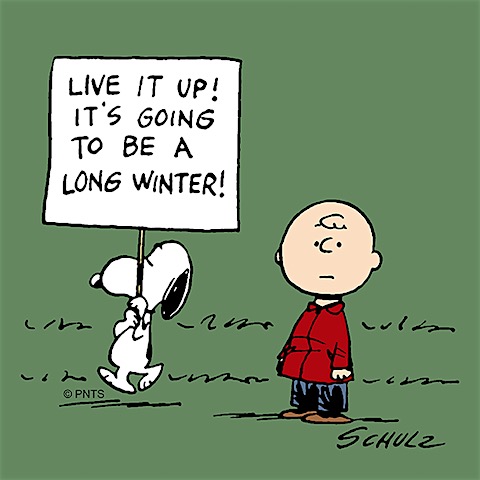 Crappy weekend and a very crappy New Year, everyone! Yes, I’m resurrecting the wanklist — at least for one special edition. We’ll see if I have the energy to keep it going next year, eh? So let’s get to it, because the world is full of wankers and the year’s a-wastin’. And here they are, in no particular order:

1. Ezra Fucking Levant. Is it a day ending in -day? Then you know it’s a day when the Doughy Pantload is getting his doughy drawers in a bunch over something truly stupid. And this time, it’s over the most unoriginal slogan ever, which he missed the opportunity to profit from. Not that it was ever much of an opportunity to begin with, since people started protesting the whole “Make Canada Great Again” nonsense as soon as it hit the Bay’s shelves the first time.

2. Ace Fucking Frehley. You know you’re getting old (and your schtick is, too) when you’ve stopped sticking it to the man and started kissing his ass. And slipping it the tongue. Ewwwwwwww.

3. Bill Fucking Haslam. Clemency for 11 people, and Cyntoia Brown — who killed a child-abusing pervert in self-defence — isn’t one of them. 51 fucking years for refusing to be bought as a slave. Guess taking out the human trash isn’t a “positive contribution to community”, eh? And “lame duck” is sure a nice way of saying Worse Than Fucking Useless. 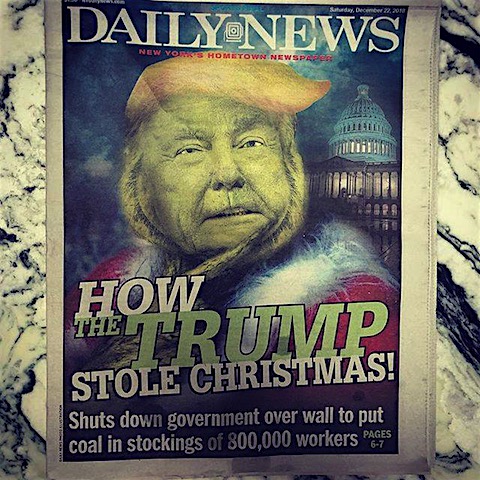 4. Alan Fucking Maloney. White racist referee plays Delilah to a black wrestler’s Samson? Pity the old hair-chopping gambit only works in the mythology books. Out here in the real world, it just makes ‘em madder…and that much more determined to show you up. PS: And get you banned, too. PPS: And fired.

5. Mike Fucking Huckabee. Because it wouldn’t be a wankapedia without at least one Fuckabee in it, here you go. And boy howdy, is HE behind the times on the cultural references, including the heinous ones.

6. Scott Fucking Perry. Why do federal employees need their paycheques on time? Oh gee, it’s a real head-scratcher. But I’m guessing it has a lot to do with the fact that holiday expenses add up fast when you’re living from one paycheque to the next. Or maybe it’s because bill-collectors aren’t exactly the most patient people on the planet, and especially not when it comes to lowly peons who work for the government but don’t get to make the laws! 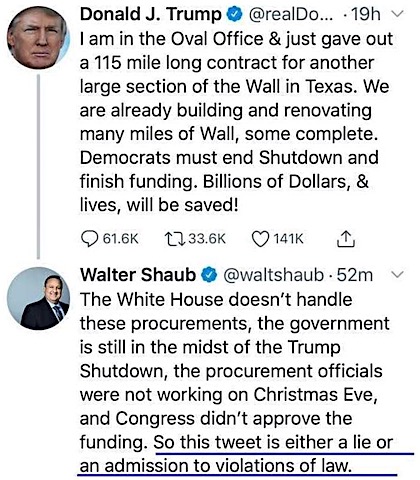 8. Kevin Fucking Spacey. About to face trial for sexual assault? Just release a really fucking creepy video. Yeah, that’ll do LOADS to boost your credibility! Especially when the cops have the goods on you…ON VIDEO.

9. Alan Fucking Dershowitz. And speaking of sexual assault and really fucking creepy and boosting credibility — yeah, go ahead and sue your alleged victims. I’m sure that won’t mark you as a vindictive, abusive douchebag at all!

10. David Fucking Brannon. Yo, Florida Man? You better do something stupid really quick, because it looks like Kentucky Man is gonna eat your lunch. And in this case, specifically, your holiday ham dinner.

11. Claire Fucking McCaskill. Why is Alexandria Ocasio-Cortez a thing, you ask? Because she’s young, she’s smart, and she speaks to a lot of prevailing needs and discontents across the political spectrum. The real question here, though, is why are you still a thing, and why were you ever?

12. Andrew Fucking Scheer. And speaking of “why are you a thing”: Oh, Andy, Andy, Andy. You’re just not ready for prime time. And something tells me you never will be. 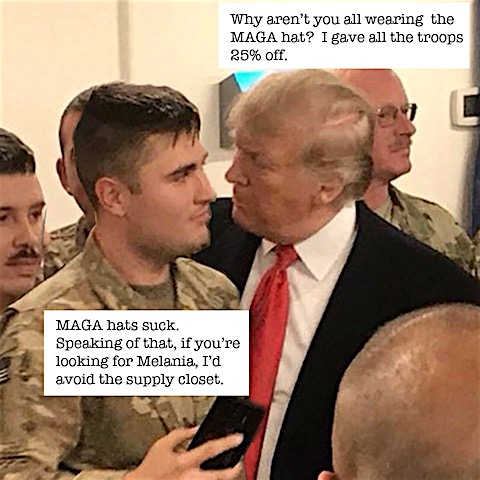 13. Jerald Fucking Jeske. Your estranged wife loves her dogs more than she does you, you say? Well, given the way you treat all of them, I can’t say I’m terribly surprised.

14. Scott Fucking Walker. Oh, Simple Scotty…soon to be gone, but not forgotten. And cursed by every Wisconsinite to the tune of $1800 in corporate welfare bum bonuses, too.

15. Dennis Fucking Prager. How the hell is being wished Happy Holidays in any way unpatriotic or radical? Uh…it isn’t. Never has been. In fact, it’s been the norm for so long that even Bing Crosby has sung it. But trust this stronsmosity (that’s a mixed-up monstrosity) to not get that tiny little salient detail.

16. Matt Fucking Bevin. Yeah, nothing suffocates good teachers more than a union that advocates for better wages and working conditions. But hey! You do YOU, booboo. And good luck in your ever-accelerating race to the bottom of the state educational rankings, eh?

17. Doug Fucking Ford. Hey, when your nickname is Druggy Dougie Frod, you have to do SOMETHING to earn it, right? And heaven knows, that’s the only thing he’s actually earned. 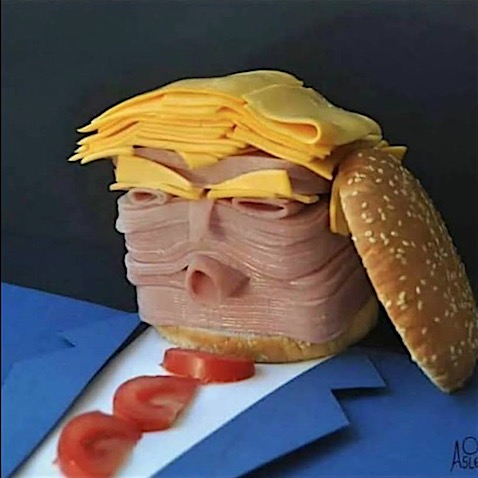 19. Leida Fucking Crisostomo. Because it wouldn’t be a wankapedia without a Florida Fool putting in an appearance, here’s Florida Woman, making sure that Kentucky Man doesn’t grab all the glory. And she does it all while waving a toy gun and riding away on a trike, too!

20. Lindsey Fucking Graham. Remind me again how the 9-11 hijackers got in? Because it seems to me that “radical Islam”, if you want to call it that, can just as easily enter through any airport or seaport as across a land border. In fact, it’s easier to do just that. And like all of those Saudi boys demonstrated so handily, it was all perfectly fucking legal. As is being a home-grown fucking Nazi…incidentally, the #1 terrorist menace in the US of Amnesia today. 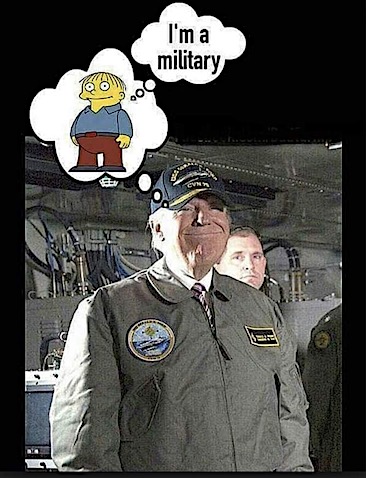 22. Franklin Fucking Graham. Oh, you’re tired of the media attacking Donnie? Well, everyone else is a helluva lot tireder of Donnie attacking THEM. Suck it up, buttercup! And fuck your feelings in the New Year!

23. Michael Fucking Lindell. I have no idea what a MyPillow is, but I do know I won’t be buying one anytime soon. Or, like, EVER. Why? Because FUCK THIS FUCKING GUY, that’s why. PS: Ha, ha.

24. Louie Fucking Gohmert. Careful what you ask for there, Gomer…even if God isn’t listening, the Lords of Karma certainly are. And I already know just what their answer is gonna be. 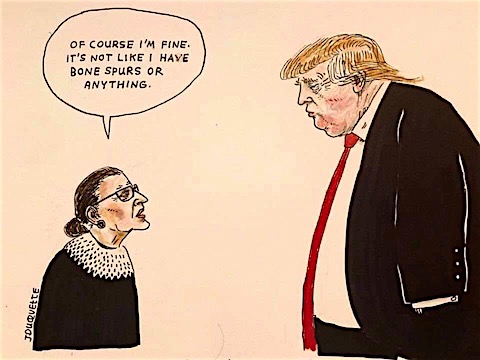 And finally, to Donnie Fucking Drumpf himself. From sticking the taxpayers with the bill for party tents at Mar-a-Wanko, to the distinct possibility that we’ll be seeing pictures of that shrivelly ’shroom much sooner than we could ever have hoped, to the congressional intern who says what everyone by now is thinking (if they’re of sound mind, anyway) — yeah, Donnie is the perennial dishonorable mention. And so he shall be, forever and ever, or at least until his political coffin is nailed shut, amen.