Crappy weekend, everyone! Welp, it looks as though the eagle has, indeed, landed…its beak in Der Donald’s grubby hand. A more fitting metaphorical image there could not be…and a more fitting theme for this week’s entry, neither. And here, in no particular order, are all the other people I wish the big bird would bite:

1. George Fucking Pataki. When your pre-campaign is only polling one percent of all registered Republicans, what’s a boy to do? Keep up with Der Donald, natch! Call for violence, war and killing…of Muslims. How fucking paTACKY can you get? PS: You’re not the state governor of New York anymore. And with the way you talk, you never will be again. Change your Twitter handle, fergawdsakes!

2. Jerry Fucking Falwell, Jr. And speaking of tacky, how nice to see him take so solidly after his old man! And by “nice”, I mean wow, could you possibly be any LESS Christian? Whatever happened to beating swords into plowshares, praying quietly in thy little room, and all that nonviolent, love-thy-neighbor stuff Jesus preached?

3. Bryan Fucking Fischer. I can well believe that the Planned Parenthood shooter was on some kind of drug, but pot? Come on, who still believes all that Reefer Madness shit in this day and age? Potheads are, at worst, giggly and paranoid, but one thing I’ve never heard any of them say is that they wanted to shoot up a clinic. People on Jeebus Crack, on the other hand… 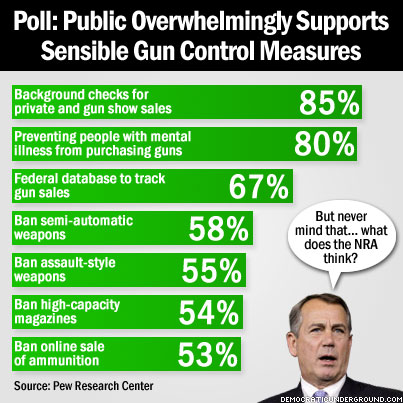 5. Chris Fucking Corley. Ah, the holidays. A time for family. A time for reflection. And in the case of this guy, for using your family and your holidays as part of a poorly composed, passive-aggressive slap at a very dead, putrid, and stinking Confederate army horse. The South shall NOT rise again, so deal — and leave your poor wife and kids out of it.

6. Ashley Fucking Ray. Where did this guy get his doctorate — a diploma mill? And if you’re going to go the “women, submit because the bible says so” route, then you’d better be prepared to cut mixed fibres, shellfish and pork out of your own life, too, because if you’d studied your book for real, you’d know all those are verboten, too. And what’s with the gender-ambiguous name, Ashley? Not exactly a very strong name for someone who thinks the sexes ought to be in hierarchical order, is it?

7. Rand Fucking Paul. Somehow, I’m zero percent surprised that he’s one of those “voluntary vaccinations only” types. The kind who, in short, think their own kids are such special snowflakes that they’ll never get whooping cough, rubella, or polio, and that measles is no biggie, because vaccinations cause disablility and mental illness. The irony of such assertions coming from such a quack should not be lost on anyone.

8. Recep Tayyip Fucking Erdogan. Yup, that’s right, the president-dictator of Turkey is in the same wankish boat as #6. And what the hell is wrong with refusing to have kids? The world is already overpopulated, so it’s high time more women said NOPE.

9. Michele Fucking Fiore. And speaking of women who shouldn’t be mothers, this one’s pretty much a textbook case of “stupid genes that shouldn’t be passed on”. I feel so sorry for her kids. And I sincerely hope none of them shoot their eyes out with their inappropriate Xmas toys. 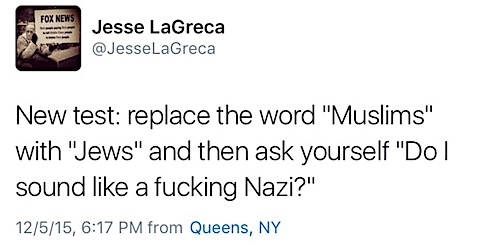 10. Jeb Fucking Bush. Jebby sez there are no radical Christians, and I’m inclined to agree. “Radical” generally means someone who’s in favor of positive, progressive change from the roots on up. Now, if he’d said REGRESSIVE instead of radical, I’d say he was totally lying. PS: Also, “Clinton plant”? What is that, a dieffenbachia? A philodendron? WHAT?

11. Louie Fucking Gohmert. Surprise, surprise, surprise! Gomer wanked again this week. And this time, he went full-tinfoil, claiming that Obama has been “importing” terrorists to create a pretext for tighter gun laws. Alas, none had to be imported; these are all home-grown. And the majority are of the same paranoid persuasion as Gomer himself.

12. Ted Fucking Cruz. Would it surprise you greatly to learn that he was just as dumb, douchey, repugnant, and off-the-wall in college as he is today? No? Oh good. Because he totally WAS. 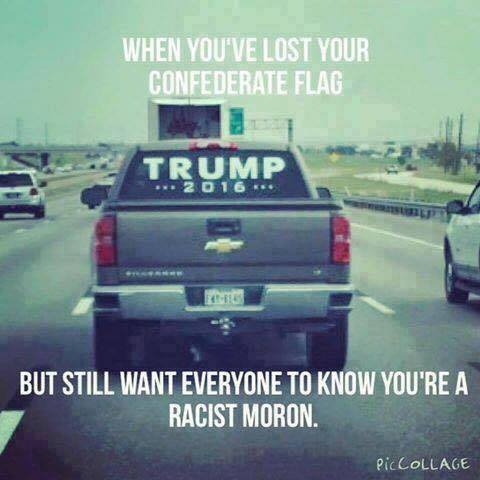 13. Ann Fucking Coulter. Would it surprise you greatly to learn that she’s just as dumb, douchey, repugnant and off-the-wall as Der Donald himself? No? Oh good. Because she totally IS. PS: STFU, Coultergeist.

14. Pat Fucking Robertson. If you think what Patwa’s uttering makes no sense, you’ve got it all wrong. It does…if you understand that he’s actually talking about his own so-called religion, rather than that of some two billion of the world’s people.

15. Rick Fucking Santorum. I know, I know. I’m as shocked as you are that Buttsploodge McSweatervest is still in the running as a Repugnican pre-candidate. But I guess we shouldn’t be too surprised. After all, relevancy is not the strong suit of any of them. And poor ol’ Icky Ricky has yet to get the message that the Fifties have been over for over fifty years now.

16. Katrina Fucking Pierson. Meanwhile, speaking of irrelevant people, Der Donald’s spokesperson is just as much of an ass as he is when it comes to Muslims. I guess that was a requirement of the job, eh?

17. Noel Fucking Gallagher. Still on the subject of irrelevant people: Diddums is jealous. Diddums is cranky. Diddums wants his cocoa. Will someone please stick a pacifier in his gob, already?

18. Antonin Fucking Scalia. Ever get the feeling that he went to a “slower” law school, one specially designed to accomodate conservocranks? No, really…it would appear that he did. He really, REALLY DID.

20. George P. Fucking Bush. That’s right, y’all, Jebby’s son is a wanker this week, too! And surprise-surprise, his wank is an unholy combo of fratfuckery and nepotism. The same sort of thing that got him “elected” to the position he currently holds (but not for much longer, one hopes), no doubt.

21. James Fucking Wiedmann. Oh, we white women. We’re such prizes for all you mediocre pickup assholes, aren’t we. We’re not people, in other words. Just trophies to dangle off your dongs. Of course, the bug in this little theory of mass-shooters-as-sexually-frustrated-drones is the fact that in San Bernardino, the co-shooter was a woman. The WIFE of the dude they think was so sexually starved. And just six months before, she had given birth to a child. Presumably by him. Oops! Poor, hopeless PUAs. When will you learn not to project your own shortcomings onto others?

22. Elisabeth Fucking Hasselbeck. How about you fucking racists finally take some fucking responsibility for your own racism, instead of blaming black people for “causing” it, you twit?

23. Katie Fucking Hopkins. And speaking of fucking twits: Meet Der Donald’s new British girlfriend. She’s all agog about his overt racism and can’t wait to rip off his hooded sheet and shag him. Get a room, you two!

24. Tatiana Fucking Duva-Rodriguez. Oh noes, now this would-be vigilante doesn’t get to “help” anyone anymore — by shooting them. Woe is she…oh, woe is she!

25. Susan Fucking DeLemus. #23 better step aside, she’s got competition in the (racist!) running to suck Der Donald’s dick. And man oh man, is this one ever rabid.

27. Ehsan Fucking Abdulaziz. Contrary to popular misconception, the vagina is not an uncapped well. One does not simply “fall into it”. For one thing, it’s not that big. For another, it’s not kosher to try to force oneself upon a half-asleep young woman and then, when she objects, to say “It’s fine”, meaning “Your friend’s asleep and isn’t going to notice me raping you”. It’s not fine. It’s also not fine to say “Well, then, she’ll have to prove it.” And it’s downright damn DUMB to then turn around and make excuses for it in a court of law, too. 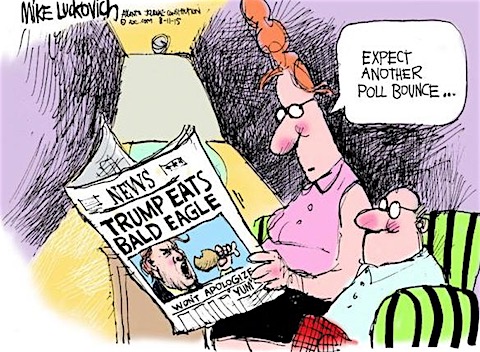 28. Daniel Fucking Holtzclaw. Oh bloo bloo bloo. Giant manbaby is sorry! No, not sorry for raping all those defenceless black women. He’s literally just sorry he was caught…and even, for a wonder, convicted by an all-white jury. In good ol’ racist-as-fuck Oklahoma. And he was so counting on a big victory party over the holidays, too! Bawwwwww.

29. Kellie Fucking Leitch. Oh bloo bloo bloo, again. Just because Canada is no longer acting like the lesser northern bullyboy, holding the other bullyboys’ coats while they beat the shit out of some defenceless little country and shake it down for whatever they can get out of it, we’re suddenly “cowards on the world stage”? Well, isn’t that rich, coming from someone whose fighting experience is limited to poop-flinging across the floor of the HOC —and whose pantload is aimed at a defence minister who has actually been to war and been decorated for bravery?

30. Vivian Fucking Knight. And just to round out the blubbering crybaby count, how about this one? She lives in a town that’s more than half Jewish, and she threw a frizzy because there was a menorah set up in public for Hanukkah! Right next to the Xmas tree! How disrespectful! Why, it’s almost as though there are other holidays being celebrated this month! War on Christmas, everyone!

And finally, to all the supporters of Der Donald and his frankly Nazified immigration “policies”. Don’t think we can’t see you, Alex Fucking Jones and Tucker Fucking Carlson. Don’t think we can’t see you, Les Fucking Moonves. Don’t think we can’t see you, all you named and unnamed Muslim-bashers out there, just itching for an excuse to firebomb mosques, oil your guns and dust off your brass knucks. We can, and so can Anonymous. The public opinion of your fellow citizens is very much against you. You may be loud and proud now, but you’re also full of shit — and you’re in the minority. And when your ass is handed to you at the next elections, I can hardly wait to see the stunned-banana stupid look on all your fucking faces.